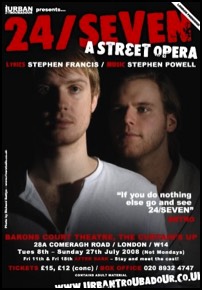 The Street Opera 24/Seven, with music by Stephen Powell and lyrics by Stephen Francis, had two stage productions in Birmingham and London during 2008. 24/Seven has now been been made into a film, current;y in the festival process and due for release in 2018. The soundtrack recording will also be available in 2018.

It is hoped that the vocal score of this exciting work will also be available for purchase from SPMS in the near future.

If you do nothing else, go and see 24/Seven - METRO 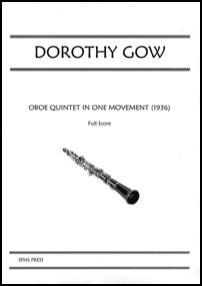 SPMS Press is proud to publish for the first time the Oboe Quintet in One Movement (1936) by Dorothy Gow.

This exciting work was discovered in manuscript form in The British Library and has now been fully edited by Stephen Powell and George Caird.

The Quintet was given its first public performances since the 1930's at Birmingham Conservatoire and St. John's, Smith Square in London by George Caird (oboe), Simon Blendis and Alison Dods (violins), Louise Williams (viola) and Jane Salmon (cello). The work has also been recorded by the same performers on a CD called An English Renaissance and is available from Oboe Classics 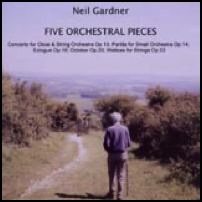 A selection of works by British composer Neil Gardner are available on the CD Five Orchestral Pieces - digitally re-mastered by SPMS from original tape recordings.

On 2 October 2005, BBC Correspondent Frank Gardner was featured on Desert Island Discs on Radio 4. His second music choice was Alla Marcia from his father Neil Gardner's Concerto for Oboe and String Orchestra Op.13 (1981), taken from this CD.